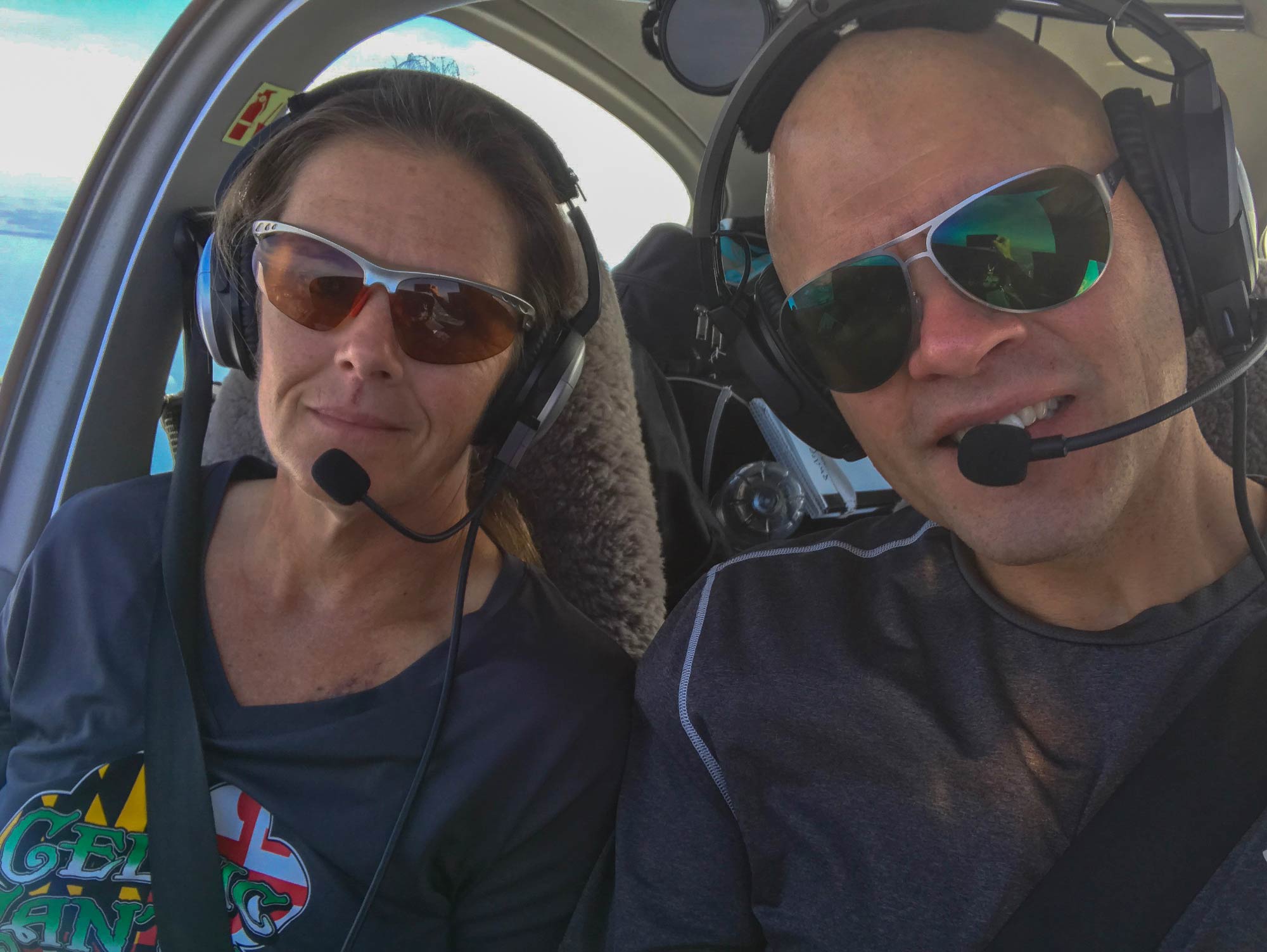 Our mission is to save hounds and introduce people to aviation through volunteerism.

We will drive or help coordinate the movement of rescue hounds to foster or forever homes.

We will educate the public about what it means to foster or adopt a rescued coonhound: everyone can help – where they are with the skills they have.

We will work with young people and other groups to provide an introduction to aviation and flying.

Through these contacts, we will educate people about how flying can be used to help others and do good in the world.

HoundPilot is the pursuit of our passion for animal rescue, specifically advocating for the hound breed as they face special struggles in areas of the country as former or discarded hunting dogs. We facilitate the transport and fostering of hounds, provide assistance and counseling to fosters and adopters, and create inspirational, educational, informative materials in the form of videos, blogs, and one-on-one assistance. Along the way we introduce people to aviation, volunteerism, and the world of positive change even one person can make. Through these efforts we FACILITATE people and rescue resources to save hounds, EDUCATE the public and change negative perceptions of the bread and affect CHANGE in peoples actions and the future lives of hounds.

Through ABTCR we learned how many coonhounds were abandoned and abused all over the country and we knew we had to help.  In 2015 we completed and fundraising event for ABTCR – through our efforts we realized that people wanted to do something, anything, to help this American breed of dog.  They had time and money to give but didn’t really know about hounds and weren’t sure how to help.

About the same time we held the fundraiser, I began to seriously think about following my dream of getting my private pilot’s certificate.  I began to think that maybe I could find a way to combine my love of aviation and dog rescue in some meaningful way.  We had driven rescue dogs to new homes but maybe flying could be easier?  An idea was starting to form…..

While I was completing my flight training I became involved in a volunteer program called Young Eagles – it was launched in 1992 by the EAA (Experimental Aircraft Association) and its mission is carried out by pilots across the country.  The sole purpose of Young Eagles is to introduce and inspire kids in the world of aviation by offering youth between the ages of 8 and 17 a free first airplane ride and resources to gain access to flight training.  I became a young Eagles pilot when I received my pilot certificate because I am passionate about sharing my love of flying .

After further flight training I obtained my instrument rating, I realized that I could fulfill a niche in the rescue world by helping to facilitate the movement of hounds – going to foster or forever homes – by airplane.  At times it is the best way to save a dog.  And after seeing the joy that both dogs and flying brings to people, the mission of HoundPilot was formed.  I could combine dog rescue work and introducing people to aviation.

HoundPilot was officially recognized as a 503(c)(3) tax-exempt nonprofit corporation in the Spring of 2018.  Our website was revamped, and we are looking forward to working toward fulfilling our mission.

In 2019-2020 I obtained my commercial pilot, flight instructor, CFII, and multi-engine certificates. Where able within the regulations I hope to incorporate future flight training into HoundPilot. We strive to work with shelters, rescue groups, flight training schools, and other organizations to allow people who might not otherwise be able to afford flight training, build hours, or be exposed to the possibility’s aviation offers, to trade volunteer hours with animal shelters or hound rescue work for aviation opportunities.

Originally, I started using Facebook to document my progression through training since family, friends, and members of ABTCR & AMAAR were always inquiring about how my training was going. In August of 2016, I created a website to better organize and present my ideas with an eye to the future creation of a charity to facilitate the above goals. That website eventually evolved into HoundPilot at www.HoundPilot.com and I began blogging about my training and ideas for the future. The first entry can be found at (https://houndpilot.com/2016/08/31/blog-post-title/).

Coonhounds were Made in the USA – they were bred by the early settlers who needed dogs that could tree their prey in the forested colonies of America, unlike English Foxhounds who chased ground prey in the open fields of Britain.

There are six distinct hound breeds:  Black and Tan, Redbone, Treeing Walker, Plott, English and Blue Tick.  Of course, there is also the familiar Bloodhound; popular in the USA though it is an European English breed.

In many parts of the country, coonhounds are treated more like property than pets – they are tools used for hunting and are often kept outside, in sometimes horrid conditions.  In many cases they are not socialized, underfed and not altered in a mistaken belief that this will increase their drive to hunt.

It is common to hear people who don’t know better say that coonhounds are untrainable and not “house dogs.”  Many southern states exempt hunting dogs from animal cruelty laws so irresponsible owners can treat hounds as they want without legal repercussions – they can shoot them, starve them and even abandon the dogs in forests without fear of prosecution. Southern shelters are overrun with stray hounds each winter and spring in rural areas after hunting season is finished.   Many of the dogs are starving (having been dumped by their owners when they couldn’t hunt) and some have injuries from being shot for not hunting or mauled by prey.

In fact, once socialized and trained, hounds are mellow, amiable, loyal and extremely energetic.  Despite being bred to hunt, many live happy lives with cats and other farm animals.   Hounds are a pack breed that tend to not show well when they are placed in shelters because they can be loud and seem nervous. Our hounds are the most loyal, goofy and lovable dogs that either of us have ever owned. 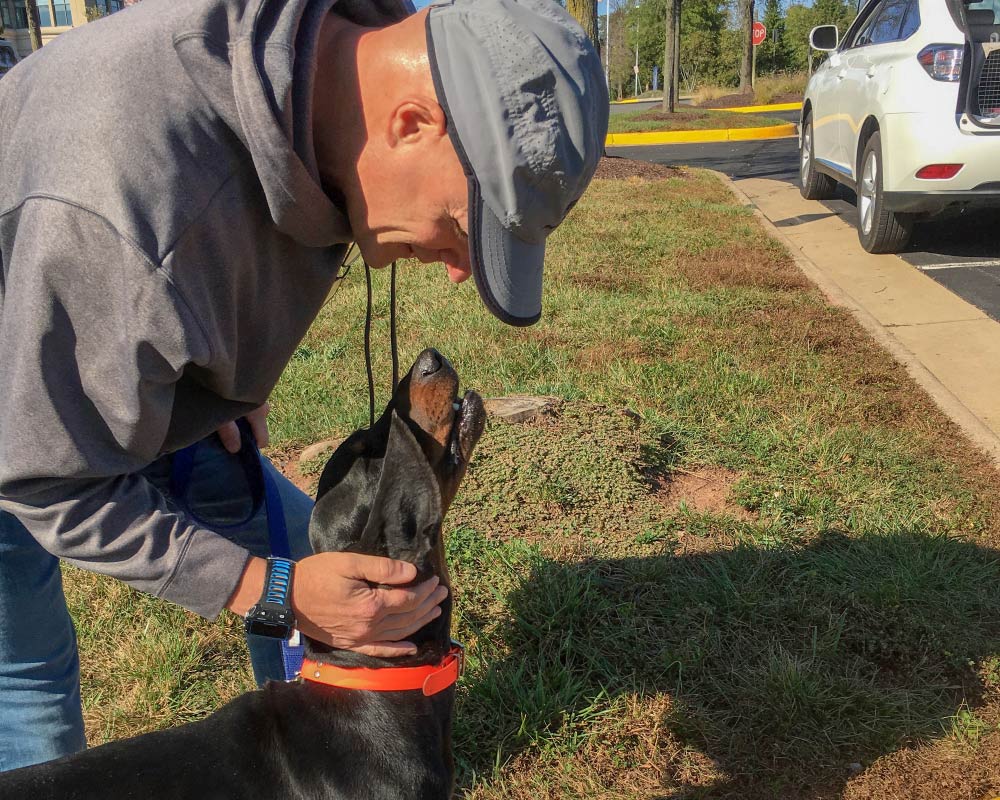 What’s wrong with driving rescue dogs to new homes?  We do lots of car transports but other times we fly them. Why shouldn’t I just adopt a dog from my local shelter? Why is flying hounds sometimes the best way to get a dog to a new home?  These are all good questions that may come into your head when you see my page and blog.  Let me try to explain……..

According to the American Society for the Prevention of Cruelty to Animals, approximately 3.2 million dogs are taken to shelters every year.  Of those animals, more than 670,000 are euthanized.   Some are put down due to ill health or lack of “adoptability”, but many shelters, especially in impoverished areas, have limited funds and can only save so many animals.  The more time many of these dogs are in shelters, the less adoptable they become.  The dogs can shut down, they can’t be the pack animals they were meant to be, and illnesses can blossom or fester untreated.   Animal rescue shelters and the people who work there are amazing, but it all goes back to money and a lack of resources.  The worse the condition of the dog, the less likely it is to leave the shelter adopted.

This is where animal rescue groups such as American Black and Tan Coonhound Rescue (ABTCR) and Appalachian Mountain Man Trailing and Rescue (AMMAR) step in to fill the gap, hundreds if not thousands of times a year.  Volunteers scour shelters for at-risk dogs and then pull these animals from the shelters, often hours before they are killed.    These dogs are then taken to volunteer foster homes where they are vetted, loved and taught to be family companions.  Foster families learn the traits of each dog and can let each new adopter know the ins and outs of the pup – if they like cats, children, long walks or just chilling on the couch.  The dogs are spayed/neutered and delivered as healthy as possible to their furever families.

Many times, a dog can be pulled from a shelter, but the foster home is many hours away and there aren’t enough volunteers to form a chain by car to get the dog to its temporary home.  I am called and with short notice, can arrange to move a dog from shelter to foster home hundreds of miles away within a few hours. This is my donation to the cause, the time and money I donate for this is worth every penny!  A discarded hunting dog found wandering the woods of North Carolina can be in warm bed in Maryland within a day.  Dogs are moved by professional and volunteer transporters every day across America, but with my skills as a pilot, I can do my part by helping this rescue chain in the best way I can. We also do many transports by car and as part of multi-leg/multi-car teams to cover longer distances.