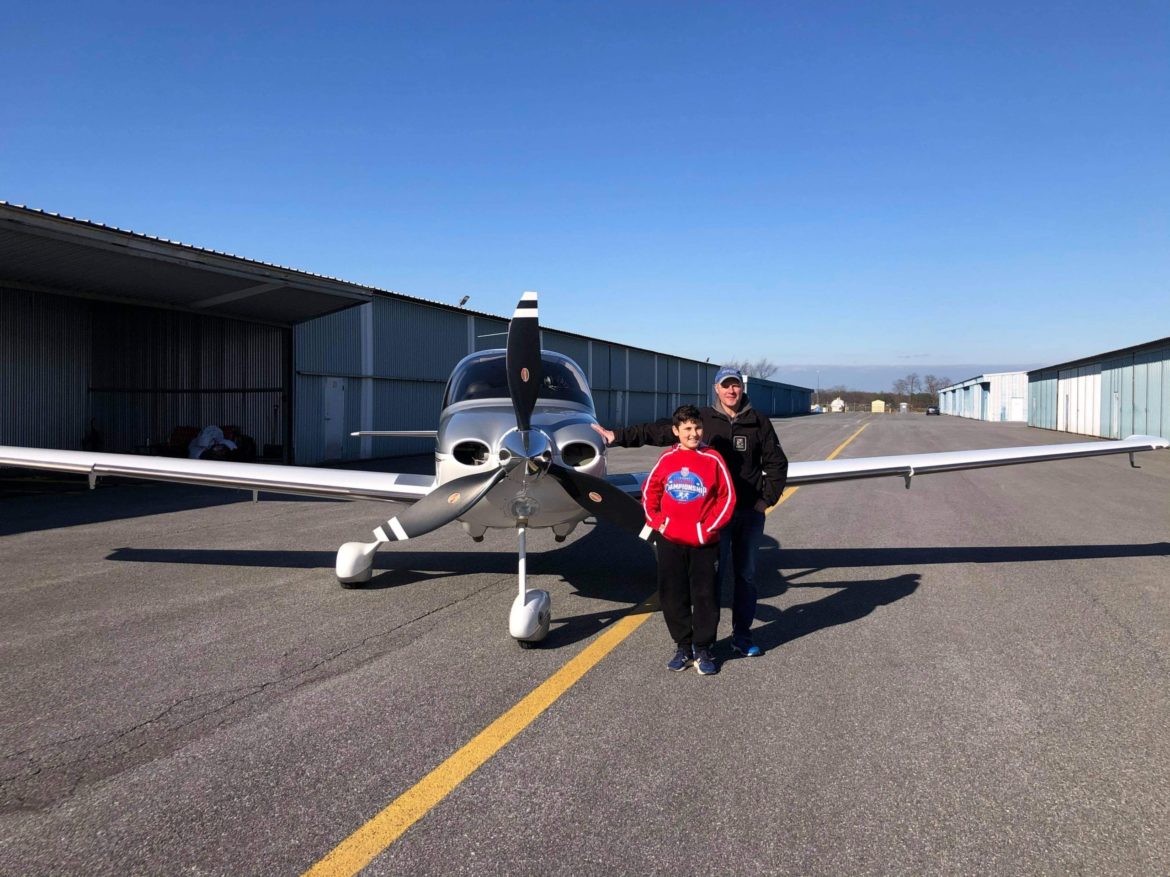 “That moment of excitement when your kid can barely talk and tells you he’s never felt that level of excitement and happiness before,” said the father of HoundPilot’s copilot for the day.

As a surprise his parents want to arrange a discovery flight.  After some coordination we picked December 28, 2020 as the day.  The father and son left their home in Eldersburg and the 12-year-old had not idea that his father was bringing him to KDMW to fly.  He kept asking Dad where they were going, and even sitting near the hangers he still had no idea what was about to happen.

When HoundPilot came and let them into the secure part of the airport and then to our hanger, his eyes got huge.  It was then that the secret was revealed and this young student-athlete got to live his dream.  Always a lover of planes he had never flown in a private plane.  He is about to start the Civil Air Patrol so his parents wanted to give him a taste of flying.

Part of HoundPilot’s missions is to introduce young people to aviation, and soon after Phil became a Private Pilot, he went through the training to be a Young Eagles pilot. This is a program launched in 1992 by the EAA (Experimental Aircraft Association) and its mission is carried out by pilots across the country.  The sole purpose of Young Eagles is to introduce and inspire kids in the world of aviation by offering youth between the ages of 8 and 17 a free first airplane ride and resources to gain access to flight training.

The flight on December 28th was a great introduction.  The weather was nice and while Dad and Mrs. HoundPilot tracked them on Flight Aware, the pre-teen got to experience a one-hour flight starting with pre-flight procedures, assisting with in-flight tasks and then monitoring the landing and post flight debriefing.  The pair flew from Maryland, west into Virginia and then West Virginia, north into Pennsylvania and then back down to Maryland.  The Young Eagle got to see gorgeous mountains and the ski slopes of southern PA.

Often we take for granted the magic of flight, until we see it through the eyes of the child.  The pure excitement and joy reminds us of why we fly and why we continue to spread our love of aviation. 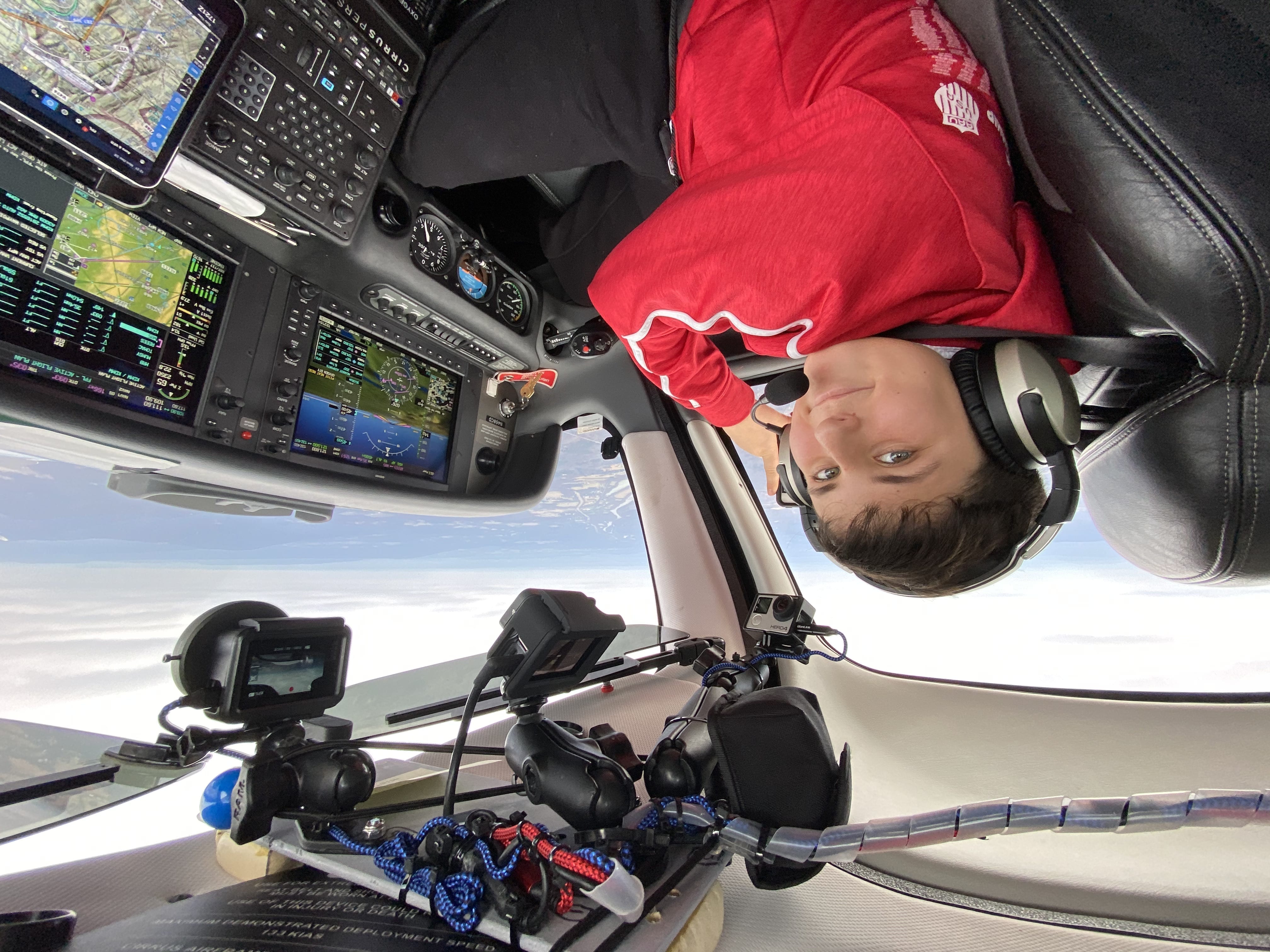 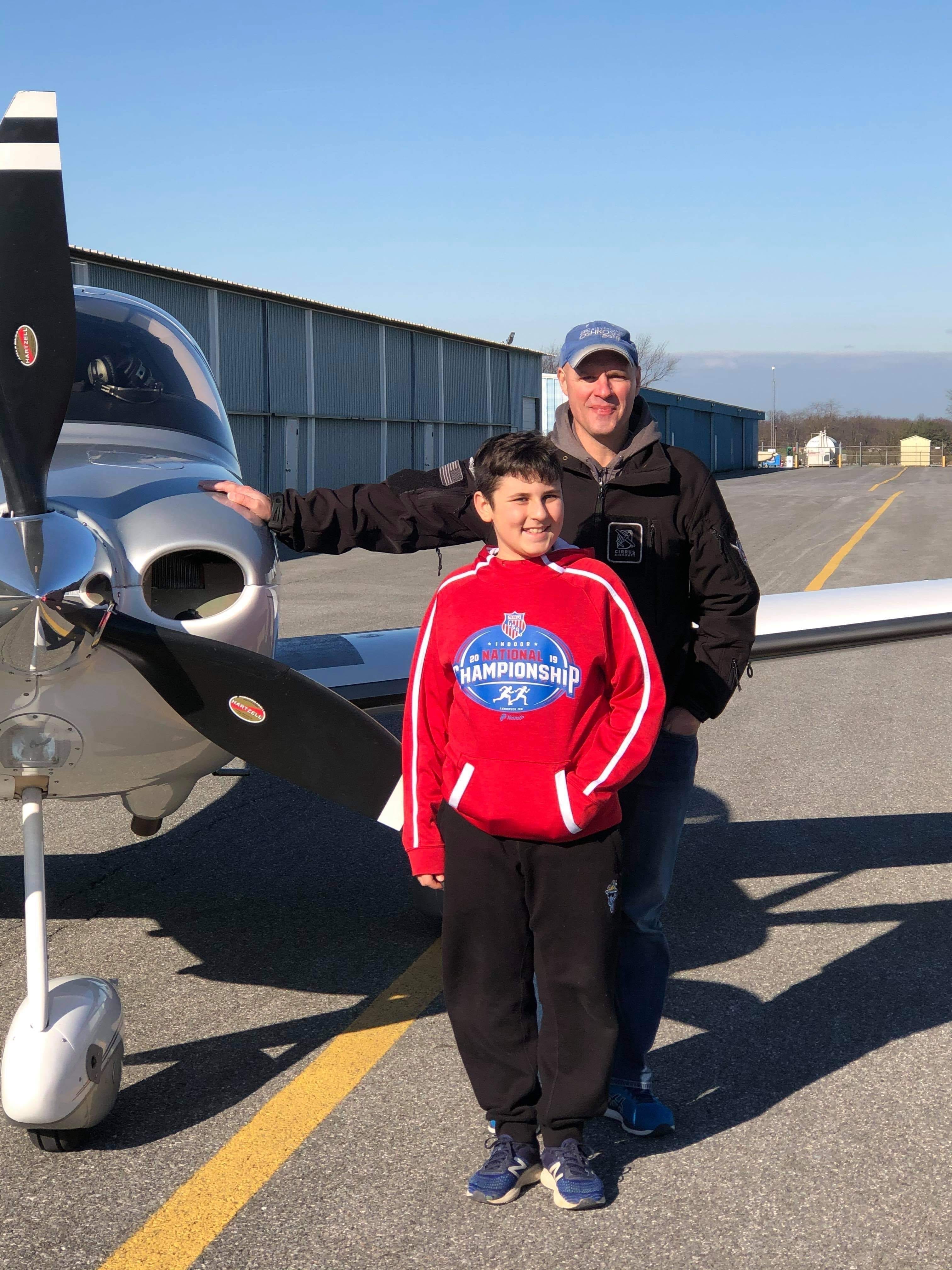