Snoopy aka IVAR is ALIVE! 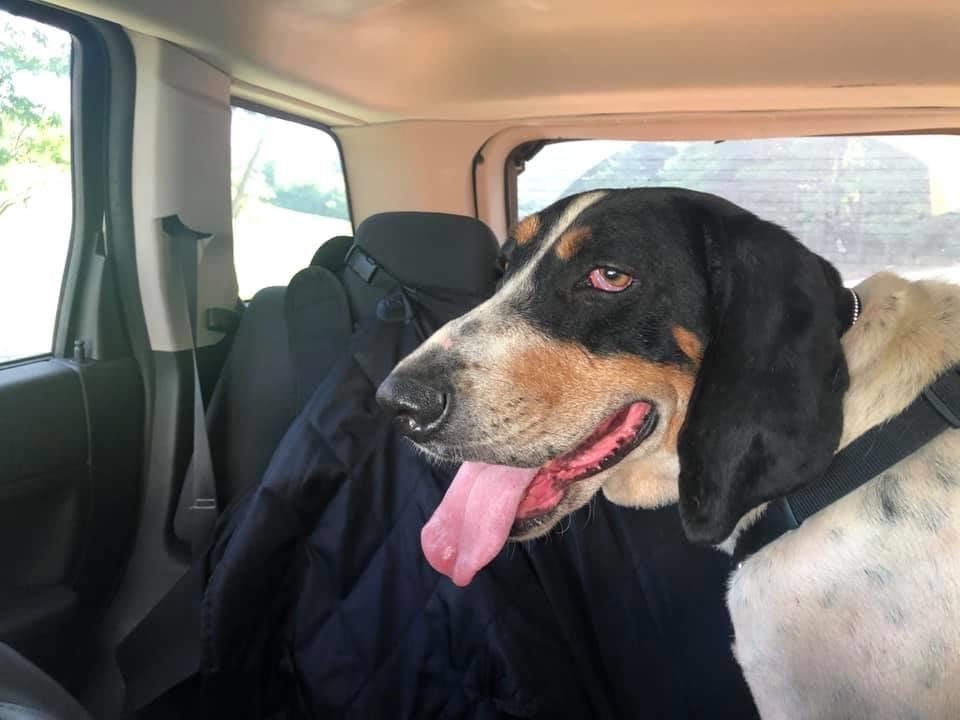 If dogs could talk…..  Snoopy(aka Ivar, or as I think of him as, “the dude”) had an unusual and miraculous path to yesterday’s rescue flight with HoundPilot.  He had originally come into rescue with a local MD/WV group, AMMAR, more than a year ago. His past was unknown, but like so many hunting dogs, he likely did not lead an easy life.   A wonderful family in Carroll County,  Maryland adopted him and he went there to begin his new life.

Somehow on his first day at what was supposed to be his forever home, Snoopy got out and ran away.  His family, AMMAR and HoundPilot volunteers scoured the area for days with no luck.  Snoopy’s picture was posted all over the area and sightings of him were fodder on local Facebook pages.  But he was elusive.  Days turned into weeks and weeks into months. Everyone had given up hope that Snoopy would be found but he kept popping up. The areas Snoopy was seen were usually near busy roadways, so one misstep would lead to a very sad ending.   There was a possible sighting of him in January in southern PA,  but no one could capture him.

Fast forward to July.  AMMAR’s founder  got an unexpected call from the Humane Society of Carroll County – Snoopy had been turned in as as a stray and his chip came back to AMMAR.  Somehow, against huge odds, the dude had survived on his own for a year. He was not emaciated, at all,  but he was very dirty and covered in flees and ticks.   Our best guess was that he lived on or near a farm and ate whatever the animals there were eating or kind strangers took pity on this friendly hound.  HoundPilot told me when we learned the news on Sunday that he had just thrown away the flyers that we had in the car with Snoopy‘s picture.

As nice as staff are at the Humane Society, the goal was to get Snoopy back on track to a happy life as soon as possible. A temporary foster was arranged in West Virginia and HoundPilot Agreed to help this sweet boy get on his way.  HoundPilot’s copilot pick him up at the shelter, who had taken loving care of him.  They were truly ecstatic that he had been found – he was a bit of a local Internet sensation for his escapades.    So with several leases attached, Snoopy was loaded on to a plane on Wednesday night, three days after he had been found.   We hope you have a sweet life wonderful boy – rest and relax, you are home.